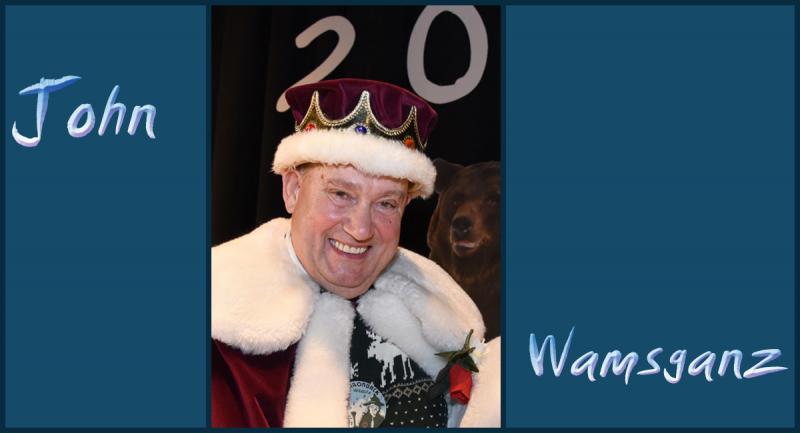 Our 2017 King was born and raised in Saranac Lake, the 4th of 5 children.  He attended Saranac Lake Central School, as well as, North Country Community College, Canton ATC and Potsdam State University for Education certificates.  As a young man he served his community as a hockey coach, Commissioner of Bantams, and volunteered to help build the Saranac Lake Civic Center.  He has volunteered for the Saranac Lake Volunteer Fire and Rescue Department for over 45 years; he has also served as chief, two times.  He has also served as a training instructor for “National Fire Prevention Week” in our schools. Our King is a member of the Moose Lodge, The Fish and Game Club, the American Legion and the Masonic Lodge, having earned his 32nd degree.  He is a trustee at the First United Methodist Church and helped with preparation for the Election Day Turkey Supper, also helping to decorate the Church for the Christmas Season.  This year’s King is usually the “behind” the scenes kind of guy who is completely dedicated to friends, family, and his community.  He is dedicated to spreading joy and cheer to anyone who needs help; giving bagpipe lessons,  opening his home to help a both two and four legged friends.  He is known far and wide for his holiday decorations and hosting great parties.  He is most proud to be the father of two children, Elaine and Jason.  He is also proudly known as “Papa”, to 5 beautiful grandchildren, Brennan, Annaliese, Patrick, Lydia, and Anika.  Of course he is the husband to a lovely wife, of 49 years, Claudia. 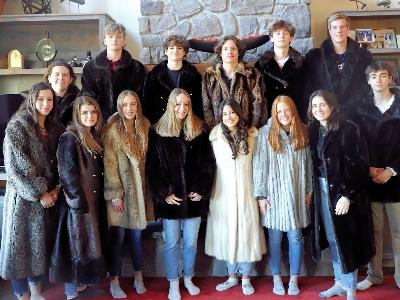