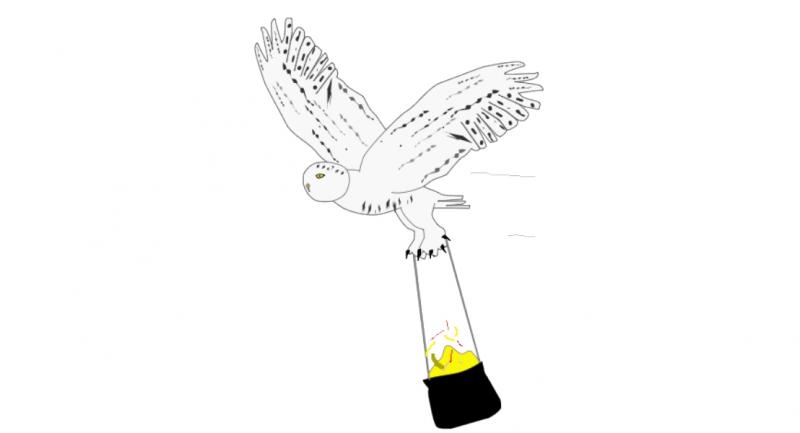 The Dewey family roled their late-model sedan into the wintery Village of Saranac Lake. The village was a flurry with preparations for Winter Carnival. The Dewey’s were headed to Lake Placid but stopped in their tracks in the village by the River. Most appealing was the setup for the coming night parade with torch lights.

Almost as exciting was the local radio station, WNBZ, was playing show tunes and the whole car was singing along. In the car was mom and three kids. They had thought they would try to meet with someone from the Melvil Dewey clan and the Lake Placid Club, but with the chance to enjoy a winter celebration like Saranac Lake was putting on, they decided to catch the moment.

The Dewey’s: Brooke (mom), Logan (13), Charlie (8) and Fynn (6) was a single mom family since World War II, but that didn’t stop them from adventures and they were just beginning a new one. Especially now that they were going to enjoy the February Winter Carnival.

The family stopped into Bernie Wilson's Restaurant -- more for ice cream, than anything else. Logan had a sweet tooth, but everyone was hungry and they were able to enjoy a delicious lunch. They also found out about a place to stay.

Many folks in town had built curing cottages on their property and now that the ‘Curing Industry’ was dwindling, people were renting the cottages out to healthy visitors.  One of the other people eating lunch had just a place and the Dewey’s booked the place for all of 1952 Winter Carnival.

The place the Dewey’s found, was a little small, but very inexpensive, and walking distance into town. There were many activities, including the chance to watch the coronation of a king and queen right in the center of town on the Hotel Saranac Balcony. This year the King and Queen were going to have a court from the high school; “but no jester,” Fynn pointed out.

After lunch and when they were settled into the cottage, they grabbed their skates and walked back into town. When they got there, they couldn’t believe their eyes, there bigger than life... as in giant, was a big snowy owl skating with all the kids of Saranac Lake. The Dewey’s asked about the bird and were told her name was Sara and that she had been coming to Saranac Lake for many years.

It seemed everyone, but the Dewey's knew who Sara was, and why not, in the Adirondacks the snowy owl was a celebrity. Many times she had helped out with Winter Carnival, which she considered a good payback since the villagers often built her an Ice Palace to live in during her visits.

It was pretty clear Sara knew a thing or two about skating because she was doing jumps and an occasional pirouettes ... though she was a little sketchy on the pirouettes. Jumps were easy for the bird, but with her wingspan - a spinning pivot was kind of off camber for Sara. Right then, in the middle of a big gyration, Sara fell and landed where the tail feathers grow.

The almond-eyed girl started to regret the comment when Sara got up and skated to the middle of the Dewey family.

“Uh oh,” Charlie sheepishly muttered. Fynn was giggling, he liked to see either of his older sisters get in trouble.

However, Charlie wasn’t in trouble, Sara just wanted to give the girl a big feathery hug and meet the cheeky little girl, after all the big owl could fly high and far, but was not she was not above a good laugh.

“Do you want to come skating with me?” asked Sara.

“Dew we, that’s our name!” exclaimed the little girl and all the Dewey kids jumped up and went for a skate with Sara.

When the Dewey kids had made friends with other skaters, Sara took a break and went over to talk to some of the parents over by the bonfire. The big conversation seemed to be the Saranac Lake Tuberculosis Society's ambulance... or the expense of running a rescue squad. Since many of the well-heeled curing patients were not coming to Saranac Lake, there were fewer and fewer donations to the costs of the rescue service.

One of the drivers was there and he said it is too bad because the service is needed.

“You never know when the next emergency will be,” he pointed out

As if on cue, everyone heard: “YEEEOOOWOWOWOOOOOW!”

On the ice was Charlie, face down. She had joined some of the older skaters in a game of ‘bullwhip’ and the girl had been snapped off the end. When everyone had gotten to Charlie, she was crying and it was clear she had hurt her left hand.

Her mother was a bit shaken up. She asked Sara to watch over Logan and Fynn while she took Charlie to get the family car and then drive up to the hospital.

“I can watch the kids, but why not take advantage of the ambulance,” Sara said and pointed to the driver who nodded.

Okay, Brooke and Charlie jumped into the ambulance and away they went.

Of course, that left Logan and Fynn with a ‘now what’ look on their face.

Sara, just smiled, because there were more things to do than you could shake a tail feather at. First, they headed to the snowmobile races which Fynn loved, then over to the Fish and Game Club for the Skeet Shooting.

When Logan asked if she could she could try it, they snickered a little. but when she dusted 19 clays.. they were applauding and gave her an award for the ‘Best Shooter Under the Age of 14” which was kind of funny, since she had outshot a few guys older than 50.

At the end of the Skeet, Fynn and Logan invited Sara over for chicken tacos, which was something Sara could not refuse. When they arrived at the curing cottage, Charlie and Brooke were already starting dinner. Charlie was helping with her right hand,since she had badly sprained the left and was wearing an All Cotton Elastic bandage.

She wanted to call it a Queen bandage, but Sara said that would make the King jealous, and insisted they call it an ‘ACE bandage,’ which is what it is now known as today.

“We have to eat up and fast,” Charlie said. “The night Parade starts in 87 minutes.”

Eat up they did, with plenty of time to get to the parade. With a twinkle in her eyes, Sara told Charlie to meet her at the beginning of the parade. She wouldn’t say why, but Sara always had a trick up her wing.

The plan was to have the ambulance at the front of the parade, with Charlie (and her Ace bandage) carrying a sign.