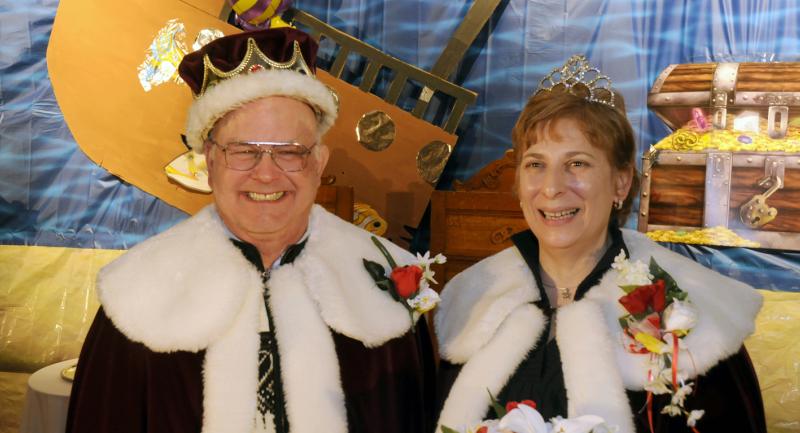 Once the nominations have been collected, all past kings and queens are invited to an assembly which will select the new king and queen from the nominations. This meeting is on Friday, Jan. 17 at a secret location.

The nominating materials are presented to the assembly exactly as they are received from the community. There is no pre-screening or editing that could influence the outcome. The assembled kings and queens are given a period of time to review the materials and then are called upon to vote. Final selection is by secret ballot.

The king and queen selection is based upon volunteerism within the community. The assembly is looking for a long-term and broad-based commitment to making life more livable, pleasant, and enjoyable – both for the people who live here and for those who visit. The volunteer activities can be organized or completely self-motivated. They can be as diverse as organizing a major community event or as seemingly minor as shoveling a neighbor's sidewalk. The assembly is seeking people who help others independently, not people who are in professions that help or care for others.

Each nomination should be submitted separately and must include the candidate's volunteer services history. It is very important that the nominations are signed by the person submitting them. Nominations must be received no later than Thursday, Jan. 16. Send them to the Winter Carnival Committee, Attention: King/Queen Nomination, P.O. Box 829, Saranac Lake, NY 12983. They can also be dropped off at the Adirondack Daily Enterprise, 54 Broadway, or the Saranac Lake Area Chamber of Commerce Office, 193 River St. No electronic nominations (email) will be accepted. If you have questions about the nominations, please contact Barb Martin at (518) 891-2382.