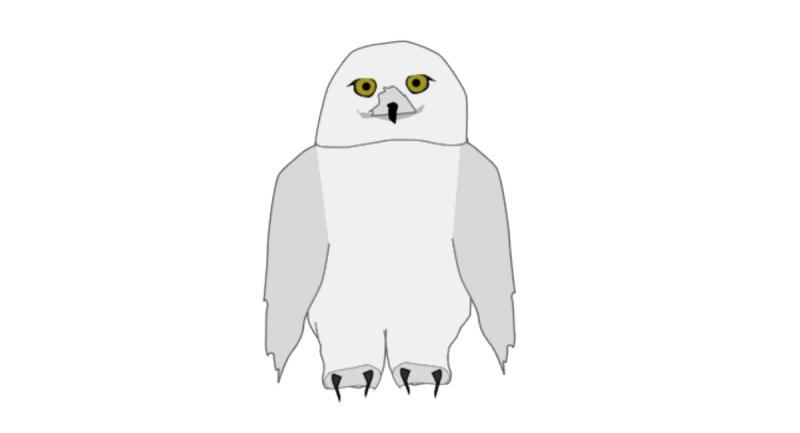 Sara was shaking a tail feather to Meat Loaf's "All Revved up With no Place to Go." She wasn't the only one on the dance floor. The song had been a hit ever since 1977 and this was Saranac Lake in 1986 after all. The song was still on most jukeboxes in the Village by the River.

Though a Tuesday night, in February 1986, the town was hopping. You could say Saranac Lake was 'revved up,' but everyone had some place to go - Winter Carnival. February is often cold and quiet in February, but not when winter is celebrated.

It was one of the reasons Sara the Snowy Owl had been visiting for so many years. In fact, legend has it that the Village ice workers began building the Ice Place ever since her first visit, to be her home away from home. And for many who came to Saranac Lake...the Village was their second home.

And why not, Saranac Lake had always been a charming place to live, even if it was only for a day or two.

Part of that charm was the theme of this year: The Enchanted Village.

Everyone was dancing and waiting for another spellbinding weekend to begin.

It was not strange that songs about high school football would be popular in Saranac Lake, the village was a football town.

As much as Winter Carnival was part of Saranac Lake, so was football. In fact in 1967, when the Kings and Queens were paid, the village had selected Charles Gogolak, a professional football player, to be King.

In spite of a football song or the popularity of football.... the sports that were going to take place in the 1986 Winter Carnival were mostly ice or snow related. Lots of skating races and even Ice Diving.

Of course, ice held a special interest to Sara the Snowy Owl. When the big white bird was in town, the villagers would build her a home of ice, but it was always more a palace than anything else. On cold winter nights, when the wind was sweeping off of Lake Flower, she was glad to have the walls of the Ice Place to provide her with a cozy shelter... well cozy for a winter owl.

On a clear night she could see the sky above and all the constellations... and this year it was time for Halley's Comet to make an appearance, but since it was on the wrong side of the sun it wasn't the best view the big white bird had seen. In 1910 it had been brilliant. Though that year Sara had not visited Saranac Lake and watched it from Northern Quebec Province.

Sara was nervous about ice diving, but she knew once out of the water, she could give the participants a feathery hug. Everyone at the Winter Carnival Parades knew that a Snowy Owl hug warmed a person literally and figuratively.

As always, friends abound on the dance floor. Year after year the number of friends grew. Sara was a friendly bird and it seemed like – visitors or residents – everyone had heard of her. So many stories about the snowy owl that people felt like they knew her. Sitting by the jukebox was the snowy owl's good friend Laurie Pharaoh, a wise friend and new teacher. Laurie was not smiling and laughing like most.

Sara waddled over to cheer up her friend. This was not the first time the snowy owl had seen Laurie sad. In fact, it wasn't the first sad person that Sara had seen in February. The long winters were difficult for some. The fluffy bird always tried to cheer people up - but it wasn't always easy.

Laurie, now a young teacher, told Sara it had been a long school year for her. Though she loved children, almost as much as Sara, she was feeling down. Especially during the winter break her school was on. Sara knew something needed to happen to cheer her friend up because nobody should be sad during Winter Carnival.

While they talked the only time the attractive young woman smiled, was when she was regaling Sara with stories about her students. Often out of innocence, the children would reveal personal stories about their family. The story about handcuffs had Sara rolling on the floor.

The stories about family connections was ironic since this year's Queen was to be Mildred Keough and her King? Ronald B. Keough, her son. Ron often said it was appropriate since his mother had been the first woman he ever loved. Not to mention, after all she went through with him; she deserved to be Queen.

Sara popped a quarter in the jukebox and played "Truckin'," by the Grateful Dead. This also cheered up Laurie. What better antidote for melancholy than music, Sara thought. Then a thought occurred to her. The fluffy bird said she had to run, but not before she asked Laurie if she would help with the children's parade and party. Laurie hesitated, but realized what most know about Sara, it is hard to say no to the lovable owl.

Sara knew telling a joke or playing music wasn't always the best way to cheer someone up. But sometimes just showing you care was important!

Sara flew over to the splendor of the Ice Palace where she would be living for the next few days. As she expected she ran into a couple young girls, who would be added to the list of friends the white owl would make that year. Mandy Barseney and Janeen Streeter were racing each other around the Palace and to the ice slide. For many years there would be an endless supply of giggles coming from the various slides that the Ice Palace Workers 101 would build.

As luck would have it, both girls loved music. In fact Janeen's parents were famous throughout the Adirondacks because of their 'family band'. And they were also going to the Kiddie Parade and Party. Sara gave the girls each a set of spoons and got out a boombox. Being hip children Mandy said: "Gag me with a spoon" and laughed, then when Janeen saw the boombox she said: "Bodacious," in admiration.

The girls were quick studies and had the lyrics memorized in no time. And they were naturals on the rhythm of the spoons.

The next day, when Laurie arrived at the Kid's Party she heard the clack of spoons in the rhythm of: bomp bomp --- bomp-bomp; and then Mandy and Janeen singing.