The Winter Carnival is the most cherished historical event in Saranac Lake.
 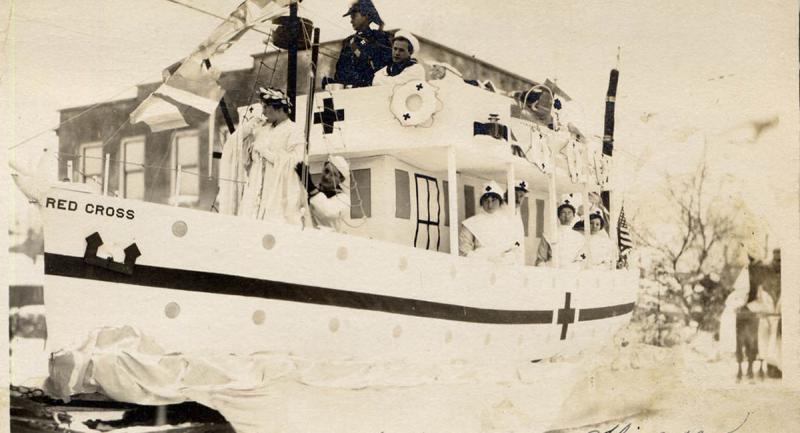 The Saranac Lake Winter Carnival began as an integral part of Saranac Lake's history as a renowned health resort. Back in the late 1800s, the village was a thriving logging community nestled deep in the Adirondack wilderness. Its pristine setting provided healing and rejuvenation for hundreds of tuberculosis sufferers, particularly at the Adirondack Cottage Sanitarium, founded by Garry Trudeau's great-grandfather, Dr. Edward Livingston Trudeau. In the course of "taking the cure" here, many patients experienced a renewed passion for life, and took every opportunity – in every season – to explore the natural beauty that surrounded them. The long, cold Adirondack winters with snow-covered mountains and ice-encrusted lakes provided the opportunity to enjoy outdoor recreational activities such as skiing, sledding and skating.

In order to break winter's chill and to promote outdoor sports and games, the Pontiac Club was formed in November 1896, and a few months later, they sponsored a one-day fancy dress winter carnival in 1897, which was expanded into the Pontiac Club Carnival in 1898. The Winter Carnival has not been held every year. After a few years, it was held every other year. And there were huge chunks of years in the 1920s, 1930s and early 1940s when it was not held. However, it was resurrected in the winter of 1947-48 and has been held annually since that time. The Ice Palace, which had not been built since 1920, made a comeback in 1955.

The Winter Carnival celebration begins each year with the coronation of the King and Queen on the first Friday night of the 10-day festival. The royal couple is a team of two local citizens who have been chosen for their substantial contributions to the well-being of the Saranac Lake community through their volunteer work. Joining the King and Queen are a Prince and Princess (elected at the two local colleges, Paul Smith's College and North Country Community College) and a Court of Royal Lads and Lassies (elected at the Saranac Lake High School). Completing the Carnival royalty are six Pages (selected at the local elementary schools), a Chamberlain and an Archbishop, who tend to such things as proclamations and the crowning of the royal couple. The first official duty of the newly crowned "royals" is to mingle with the "common folk" at a Royalty Reception following the coronation.

Sporting activities pack the schedule of events at the Saranac Lake Winter Carnival. Traditional winter sports include snowshoeing and nordic ski racing at the Dewey Mountain Cross-Country Ski Center, innertube and alpine ski races at the Mount Pisgah Ski Center, and skating races and hockey games. There is also a series of non-traditional winter sports such as Snowflake Volleyball played in knee-deep snow at the Civic Center, Snowshoe Softball played at the Elks Field, Ultimate Frisbee Games in the snow at the Petrova athletic fields, Firemen's Broomball at the Civic Center, a curling exhibition on Pontiac Bay, and an exhibition of woodsmen's logging skills with Paul Smith's College students at Riverside Park.

A number of cultural activities are also part of the schedule, including concerts, theatrical performances, a chocolate festival, indoor and outdoor movie nights, and the annual Rotary Club Variety Show.

The centerpiece of the Saranac Lake Winter Carnival is the Ice Palace, built on the shore of Lake Flower's Pontiac Bay at the state boat launch.